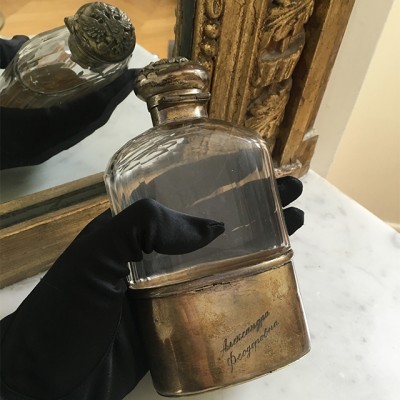 In the early twentieth century, Russian Haute Parfumerie was at its peak and recognized throughout the world.
Scent ingredients came from the Crimea and the Caucasus. Perfumers also imported the finest essences from Grasse (France) and used synthetic scent materials from advances in chemistry.

After the Revolution, most perfumers left Russia and many emigrated to France, where they continued to create perfumes for French brands.

SULÉKÓ continues the tradition of Russian Haute Parfumerie of the early twentieth century. The perfumes are made from the finest natural essences combined with synthetic molecules which provide all the necessary latitude to create original and modern compositions.

They are inspired by Russian culture, painting, music, literature and, as works of art, are contained in sculptures created by contemporary artists – visual and tactile reflections of the olfactory compositions.